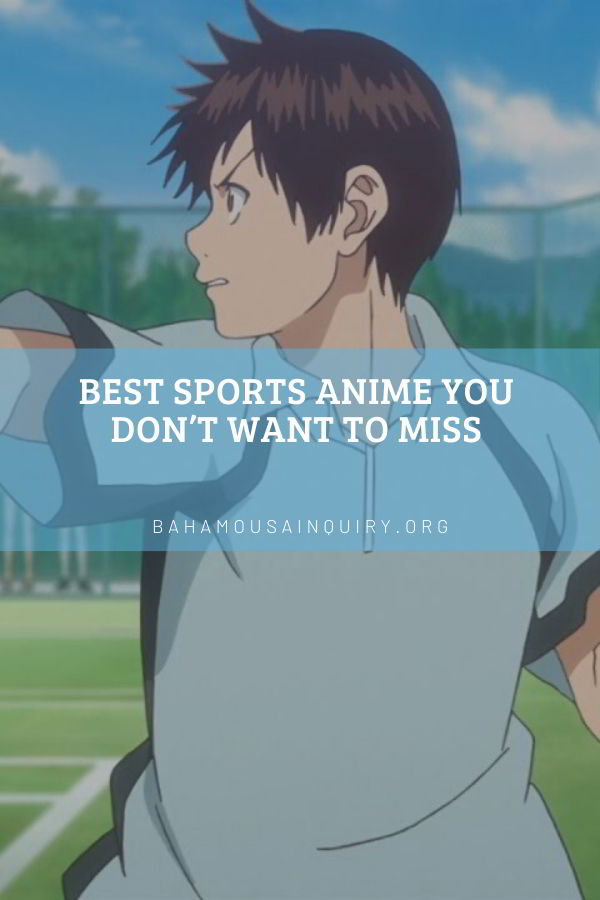 Sports anime is an exhilarating genre that has so many fans. Looking for a sports anime or two to watch? Or perhaps want to expand your sports anime watchlist? Well, we have something just for you.

Below, we listed 12 of the best sports anime you don’t want to miss.

Meet Makunochi Ippo, a high school student who has been bullied his entire life. He always dreamed of changing himself.

Yet, he never has the passion to act upon his dream. His life changed when he met Takamura Mamura, a boxer who saved him one day during another bullying by his classmates.

Ippo asks Takamura to train him as a boxer. Takamura responds by giving a task that is seemingly impossible for someone like Ippo.

Ippo, now willing to act upon his dream, trains relentlessly so he can accomplish the task. And thus, his journey as a boxer begins.

The next best sports anime is Baby Steps. It is about the “baby steps” that Eiichirou Maruoi takes as his love for tennis ball develops.

At first, he joins the Southern Tennis Club to keep himself healthy. Previously, his days are rather monotonous as he is a diligent and methodical honor student.

His days soon change as he becomes fascinated the more he plays tennis. Instead of playing tennis for his initial reason, now he does it so he can become one of the best tennis players, taking “baby steps” as he continuously improves.

Kuroko no Basket tells the story of the Seirin High School basketball team as they try to become the number one in Japan.

The team has two recruits: Tetsuya Kuroko, a student who is seemingly ordinary thanks to his lack of presence, and Taiga Kagami, a promising basketball player who just returned from the U.S.

Shouyou Hinata’s stature may be small, but his determination is anything but. After watching “Little Giant”, a volleyball ace, in action, Hinata revives his middle school’s volleyball club.

Unfortunately, the club’s first match turns out to be their last as they are squashed by Tobio Kageyama.

Vowing to surpass Kageyama, Hinata joins Karasuno High School’s volleyball team. It turns out that Kageyama, his sworn rival, is also in the team.

Now, Hinata and Kageyama, working through their heated rivalry, must work together to make Karasuno Japan’s number one high school volleyball team.

Imaizumi is impressed with Onoda’s ability to climb the school’s steep incline with his city bicycle. He then challenges Onoda with the condition that if Onoda wins, he will join the anime club.

Eijun Sawamura is a new member of the Seidou High School baseball club. Although he is a talented pitcher, Eijun struggles to find his place in the team as he is just one among the team’s many talented players.

Determined to be the team’s ace, Eijun finds a rival in Satoru Furuya, a fellow first-year student who earns himself a spot on the team’s starting roster.

With such a powerful lineup, the team aims to be the number one baseball club in Japan, facing off against formidable opponents along the way.

7. Run With The Wind

Kakeru Kurahara is a former Sendai Josei High School’s ace runner. One day, Kakeru runs into Haiji Kiyose, who is also a student at his university.

Impressed by Kakeru’s agility, Haiji persuades him to live in Chikusei-sou, which turns out to be Kensei University Track Club’s dormitory.

In the dorm, Kakeru lives Haiji and eight other students. Haiji dreams to win Hakone Ekiden. It is one of Japan’s most prominent university marathon relay races.

Seeing his son’s admiration for him, Shigeharu perseveres to play baseball as a pitcher despite his unsatisfying position in Blue Ocean and the death of his wife.

Unfortunately, Shigeharu has an elbow injury, which forces him to get out of his team.

After his childhood friend told him of an offhand joke, Shigeharu decides to keep playing baseball. This time around, he takes up the bat instead of playing as a pitcher.

When he enters Kuzuryuu High School and becomes its basketball club member, Sora Kurumatani finds that the club is not in a good condition.

Wanting to revive the club, he challenges the current club members. Impressed by his skills and determination, his teammates once again find their lost passion for the sport.

This eccentric coach is now called to coach his former team who is in very bad condition. Can he coach his team to compete against teams with better players and budgets?

The next best sports anime on our list is Days. It tells the story of Jin and Tsukushi.

While Jin is considered a soccer genius, Tsukushi is a boy that has no special talent. Things get interesting when Tsukushi meets Jin. Now the two are dragged into the world of soccer.

At first, Takumi Fujiwara is not interested in cars. Talks about cars only remind him of his daily routine, which is forced upon him, which is driving along the mountain of Akina to deliver tofu.

One night, an infamous team of street racers, Akagi Red Suns, find one of their aces is bested by an old Toyota AE86 during a drive back home. Who is this mysterious driver?

Which sports anime should you watch first? That’s entirely up to you. Our list of best sports anime above is not created in a particular order. Meaning, you can watch whichever anime to watch first.

If you like basketball, then start with Ahiru no Sora or Kuroko no Basket. And so on. Hope that helps. Have fun!