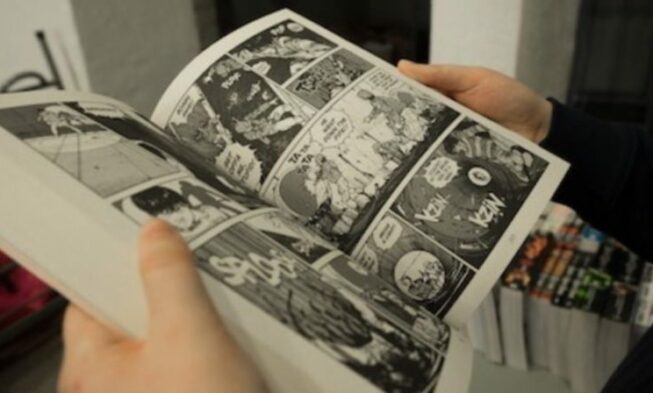 Best Fantasy Manga – The magic of fantasy manga can be very captivating. It is not surprising that the genre has many fans worldwide.

Looking for manga with adventure, magic elements, martial arts, mythical creatures, and what not? If so, we got your back. Here we have a list of the 10 best fantasy manga definitely worth checking out.

In the process of resurrecting his dead mother, Edward not only loses his brother but also two of his limbs, forcing him to bind his brother’s soul to a suit of armor.

A year later, Edward and his brother embark on a journey to get the Philosopher’s Stone, hoping to restore his and his brother’s bodies to normal. This leads them to a century-long conspiracy.

A shinigami or god of death can kill any person using a Death Note, provided that they have the face of their victim and write their name on the Death Note.

Ryuk, a bored shinigami, dropped a Death Note into the human realm. The Death Note is found by Light Yagami, who proceeds to use the Death Note to rid the world of crime and becomes the god of the new world.

Monkey D. Luffy, a 17-year-old boy, dreams of becoming a pirate. He is unlike the common pirates, however.

He becomes a pirate because he desires adventure and follows his childhood hero. On his way to find the legendary One Piece, he meets new friends, enemies, and experience great adventures.

4. Tate no Yuusha no Nariagari

The next best fantasy manga is Tate no Yuusha. What if you are summoned to a fantasy world that you know nothing of?

Meet Naofumi Iwatani, an otaku who was summoned to the kingdom of Melromarc to become a Shield Hero.

Armed with his shields and companions, he must fight to ensure the survival of the kingdom and protect its people.

The Abyss is a chasm that stretches down into the depths of the earth. It is filled with mysterious relics and creatures from a time long past.

Riko, a novice Red Whistle, aspires to follow in her mother’s footsteps. She explores deep within the Abyss, only to find out its true, harsh nature.

Shin Youngwoo has an unfortunate life. He works on construction sites. His lack of fortune extends to the VR game he plays as he has to do labor in there also.

Things started to change around when his character, “Grid”, discovered the Northern End Cave, in which he finds Pagma’s Rare Book, resulting in him becoming a legendary class player.

Cadis Etrama Di Raizel or Rai has been slumbering for over 800 hundred years. Now that he is awakened, he must learn to adapt to the current age with the help of his faithful servant Frankenstein.

Unfortunately for Rai, things don’t go smooth as he has to deal with his troubled past. Now, he has used his mysterious power to protect those who are dear to him.

Baam has been alone his entire life. That is, until he met Rachel. Rachel decides to climb the Tower, even if she has to leave Baam behind to do so.

After Rachel disappears, Bam has no choice but to ascend to the Tower, hoping that he will meet his friend again.

Kim Dokja is a guy that likes reading web novels. He doesn’t consider himself as the protagonist of his own life and has lived through Yu Junghyeok, the main protagonist of a web novel he reads, vicariously.

His life changes when he enters the world of the web novel he loves to read. Since he reads the web novel many times, he knows the scenarios to come albeit his success in said scenarios is not guaranteed.

10. The God of Highschool

The “God of Highschool” is a tournament in which high school students compete against each other to determine who the best fighter among them is. The winner of the tournament will have their deepest desire granted.

Jin Mo-Ri is a high school student who has trained in taekwondo since he was little enters the tournament, hoping to find stronger opponents.

These are some of the best fantasy manga, manhwa or webtoon. They all offer something unique.

For example, One Piece brings you to the world of adventures and pirates, with unique characters and stories. Death Note, on the other hand, has a story in a more realistic world but with interesting supernatural elements.

Which one of them do you think you are going to check out first?