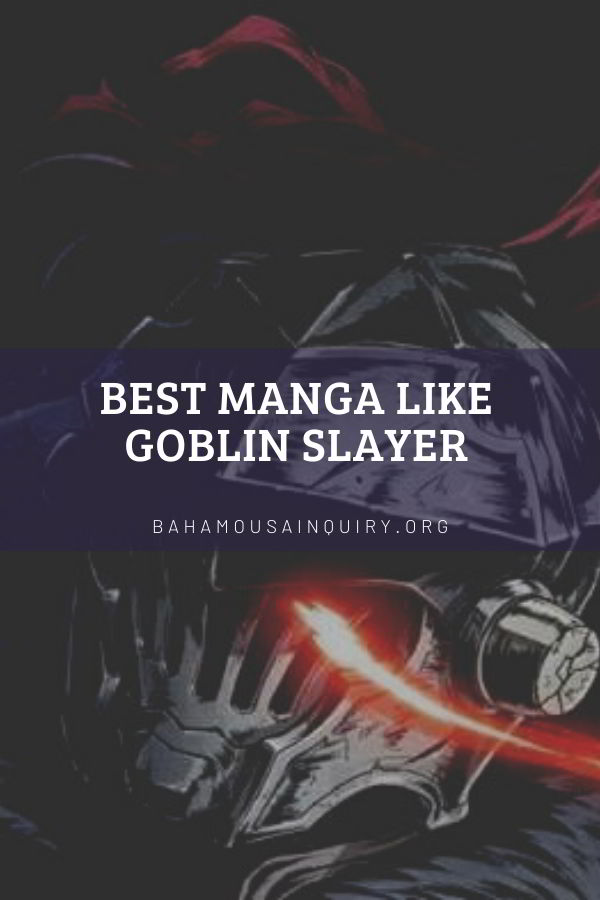 That’s not to say there are not many manga that are as awesome and unique as our list of manga below will show you.

Here Are 8 Manga Like Goblin Slayer to Read Next

1. The Rising of the Shield Hero

For some unknown reasons, the twenty-year-old Naofumi Iwatani was transported into the Melromarc Kingdom.

He and three other summoned individuals appears before the king of Melromarc. The four then learn that each one of them is a Four Cardinal Hero, summoned to defeat the Waves of Catastrophe.

Naofumi, being the Shield Hero, is the weakest of the four. His bad luck doesn’t end there, however.

No one supports him and he was falsely accused of doing something that he did not do. Can he survive in this new realm and save the kingdom from impending doom?

Junpei Takeda is a meek high school student who is transported to a fantasy world by “God” along with Noriko Tatsumiya, his childhood friend, and Kido Shouta, another student who bullies him.

Unfortunately for Junpei, he is as weak as he was in his original world.

Junpei, however, possesses an ability that enables him to learn a skill from any enemy he defeats. One day, he was tricked by Noriko and Kido into entering the Sacrificial Labyrinth.

After having an unfortunate death, Tomokui Kanata was reincarnated into the weakest goblin named Goburou.

Although he is initially very weak, Goburou possesses the memory of his past life, the ability to gain status boosts from eating, and an unusual evolution. Can he survive in a realm where only the fittest survive?

The next manga like Goblin Slayer is Vinland Saga. It follows the story of Thorfinn, who is the son of the Vikings’ greatest warriors.

After causing a great tragedy to his family, he was left without a choice but to join a band of mercenaries run by Askeladd.

Although he is among the mercenary’s finest fighters, Thorfinn doesn’t get the plunder the group entails.

He then swore to kill Askeladd himself in a fair duel. Thorfinn, however, is not yet skilled enough. As such, he keeps honing his skills on the battlefield so that he can get his revenge.

Before he was Musashi Miyamoto, Shinmen Takezou is a young man with aggressive nature. So much so that his village fear and reproach him.

Wanting to search for something grander than their current life, Shinmen and his best friend, Matahachi Honiden decides to away from the village.

Shinmen, wanting to tell the Honiden family about Matahachi’s survival, returns home, only to find out that he is now a wanted criminal.

He was captured and strung up on a tree. He was then freed by Takuan Soho and given a new name: Musashi Miyamoto.

After losing his life in a traffic accident, a 34-year-old NEET finds himself reincarnated as Rudeus Greyrat in a realm filled with magic.

In this new life, he has an innate talent for magic which his parents, Paul and Zenith Greyrat, immediately recognized when he turns two.

To refine him into a mage, his parents then brought a magic tutor by the name of Roxy Migurdia.

Having a wealth of knowledge and magical power at his hand, Rudeus wants to live a full life and die without any regret.

For reasons unknown, Shiro, along with roughly 30,000 other players from Japan, are sucked into Ender Tales.

They cannot get out of the game. Not even death allows them to escape. Shiro, wanting to find out why they are inside the game, ventures into the world of Ender Tales.

Trapped inside Sword Art Online, a VR MMORPG that uses NerveGear to provide a realistic gaming experience, the players must conquer all 100 floors of Aincrad if they want to regain their freedom. Failure means death, both virtual and real.

If you are looking for manga like Goblin Slayer, any of the above manga is a good place to start. So, what do you think? Out of the 8, which manga will you read first?