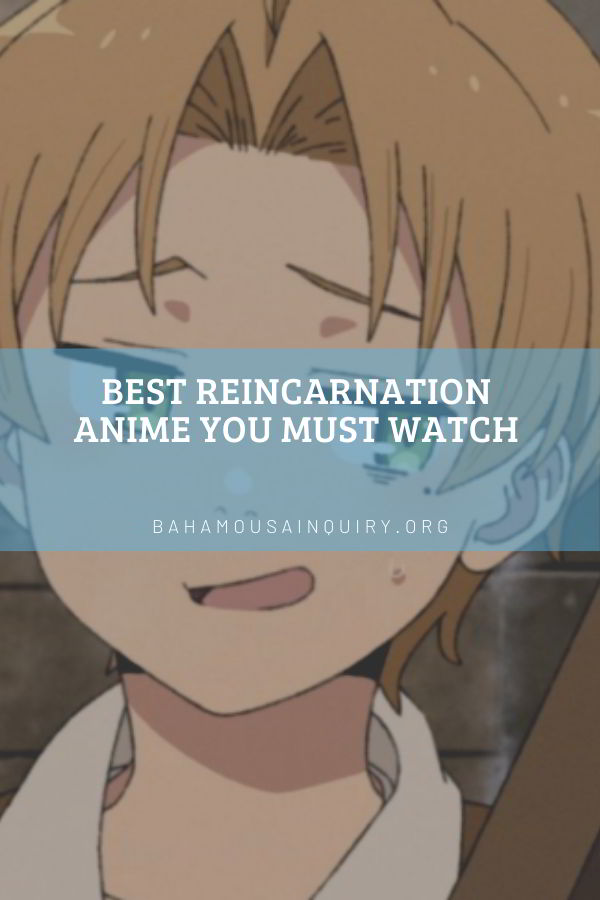 Best Reincarnation Anime – What if you are reincarnated into a parallel universe or better yet, a magical world, upon your death? If you are fascinated by such an idea, we have some reincarnation anime recommendations.

Below, we listed no less than 7 best reincarnation anime just for you.

About Reincarnation or Isekai Genre

If you don’t know what reincarnation or isekai genre is, here’s a recap: It is a Japanese genre of manga, light novels, anime, and video games that revolve around a protagonist who ends up being reincarnated or transported to another world.

Although the genre has many titles, it seems its popularity is only growing in recent years. A few years ago, there were only one or two reincarnation anime in a season.

Nowadays, there can be three or four. The increasing popularity is not a surprise considering how exciting the stories can be.

Rudeus Greyrat was once a 34-year-old shut-in who got a second chance at life in another world as a talented magician.

This time around, he was born to a pair of loving parents. Although he was reincarnated, he still has the memories as well as knowledge of his previous life.

Shin is the adopted son of Merlin Walford. This, however, is not Shin’s first life. He was an ordinary salary man living in modern-day Japan who got reincarnated.

This time around, Shin is not an ordinary person as he displays an unparalleled talent for combat.

3 That Time I Got Reincarnated as a Slime

Satoru Mikami, a 37-year-old typical corporate worker, gets a new chance at life as upon his death, he was reincarnated into another realm.

In his new life, however, Satoru was reincarnated as a goop of slime. Renamed Rimuru Tempest, he embarks on a new adventure.

The next best reincarnation anime is Youjo Senki. It tells the story of Tanya Degurechaff, a young soldier who earned the nickname the “Devil of the Rhine” thanks to her exploits in the war.

Underneath her seemingly innocent appearance, lies the soul of a salaryman who challenged Being X.

5. The Rising of the Shield Hero

Naofumi Iwatani was an otaku who gets reincarnated into the Kingdom of Melromarc.

Embracing his role in the new world as the “Shield Hero”, he embarks on a journey to protect the Kingdom and its people from their ill-fated future.

6. By the Grace of the Gods

Ryouma Takebayashi gets a fresh and better chance at life. In his previous life, he endured much hardship.

In his new life, he is blessed not just with good compatibility for magic but also a sturdy physique, which provides him the opportunity to savor the wonders of life.

Subaru Natsuki was reincarnated into a fantasy world. In this new world, he has an ability known as “Return by Death”, allowing him to return to his last “save point” each time he dies.

That’s our must-watch best reincarnation anime recommendations for you. If you haven’t watched the anime we listed above, now is a good time to do so.

Watch them and enter a whole new world and embark on an exciting adventure.