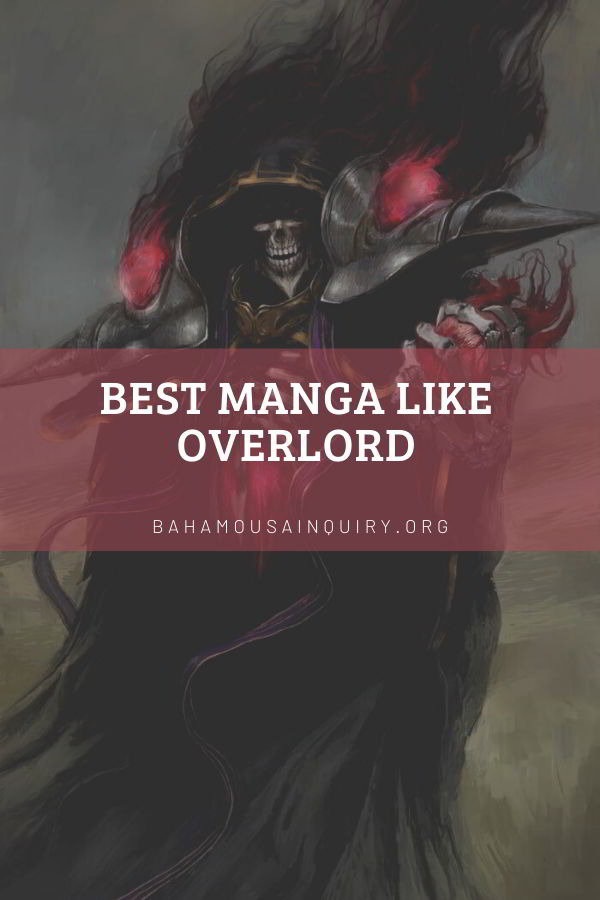 Manga Like Overlord – Overlord has exciting characters and good fantasy elements. After all, who doesn’t like to embark on an adventure in another realm? There are many manga that share the same idea as Overlord.

Need some recommendations? We got you covered. Below, we listed 7 manga like Overlord.

Tomokui Kanata lived a short life. His story, however, is not over yet. Reborn as a lowly goblin in a fantastical world, he must be creative with what he has if he wants to survive.

Although he is weak, his unique abilities allow him to obtain the powers and strengths of the creatures that he consumes.

Now renamed “Rou”, he must utilize the memories of his previous life and current physical abilities in this new world.

Mikami lives a miserable life. He got stuck in a dead-end job, never found a girlfriend, and his life ended with an untimely death at the age of 37 as he was stabbed to death.

He gets another shot at life. This time, he was reincarnated in a fantasy world. Not as a wizard or a knight, though, but as a slime.

3. Manga Like Overlord: The Saga of Tanya the Evil

A utilitarian and calculating man has been reborn as Tanya Degurechaff, a young girl who lives in a world wrecked by hardship and warfare.

Instead of running away or hiding, this young soldier rises through the empire’s military ranks, earning the title “The Devil of Rhine” along the way.

Ironically, all that Tanya wants is a life of comfort, which she can’t seem to grasp thanks to her amazing combat prowess.

Our next manga like Overlord is 1/2 Prince. It follows the story of Feng Lan, a young girl who plays a game known as Second Life.

In the game, she plays as a male character as she has vowed to succeed in playing Second Life without using the so-called “female benefits.”

5. GATE: Where the JSDF Fought

On August 20XX, an unknown gate suddenly appears in the Ginza district in Tokyo. From the gate, medieval knights, monsters, as well as other fantasy beings come and wreak havoc in Tokyo.

The JDF fights against these creatures and manages to push them back into the gate. A special team lead by Officer Touji Itami is then dispatched to investigate the Special Region.

Albeit the Skeleton Soldier is a meager fighter, he is fiercely loyal to its master, Lady Succubus.

All it wants is to live a peaceful life with her. But this dream is shattered when the two are murdered brutally by a band of warriors.

When it is about to die, something unexpected happens. Instead of meeting its end, it is transported 20 years in the past. Can this unremarkable soul change the ending of its story?

Tang San is reborn in a world of spirit after killing himself for the crime he has done. Can he become a Spirit Master despite possessing a useless spirit? Can he bring the glory of his sect into this realm?

Just like Overlord, the above manga are isekai manga with exciting characters and good fantasy elements. So if you want to enjoy a manga like Overlord, just choose any of the above.