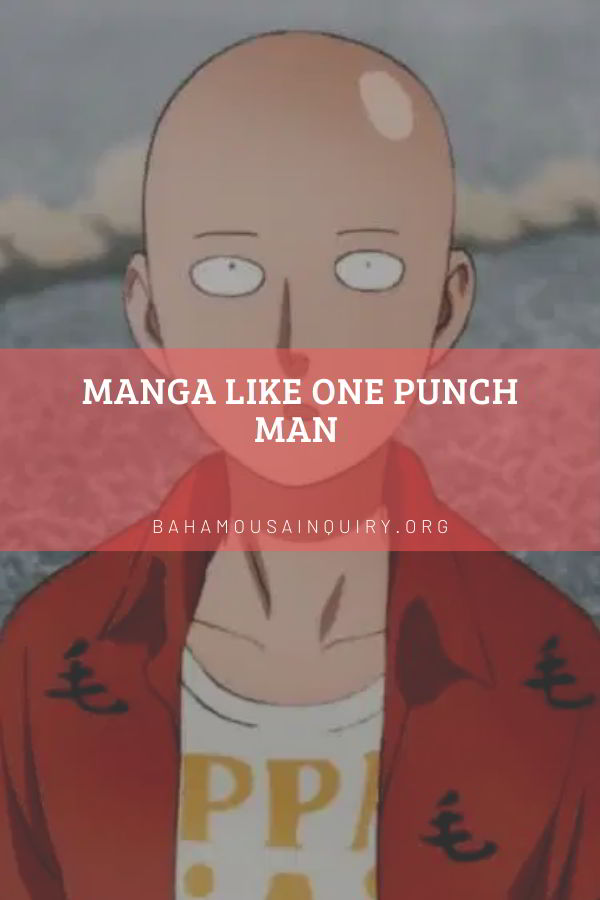 Manga Like One Punch Man – One Punch Man manga is really amazing. The unique, unpredictable, and entertaining storyline, the gorgeous art style, and of course, the incredible fight scenes.

Looking for some manga recommendations to read after One Punch Man? Below we have a list of manga like One Punch Man just for you.

For Izuki Midoriya, the world sure is not fair.  Ever since he was a child, he has always dreamed of becoming a hero.

80% of the world’s population has “quirks”, which are special abilities that allow the possessor to become a hero. Izuki, however, was born without a quirk.

Everything changes when he meets All Might, the hero that he idolizes. All Might possesses a unique quirk that can be passed onto someone else. And he chooses Izuki as his successor.  And thus begins Izuki’s journey to become a hero.

With Mob’s repression welling up, no one knows what will happen once he reaches his limit.

The next manga like One Punch Man is Solo Leveling. It tells the story of Sung Jin-Woo, who is the world’s weakest hunter. His power is so pathetic that it can’t even be compared to a measly E-Rank.

However, he still has to fight monsters in low-ran Gates so that he can pay his mother’s medical bills.

His life starts to turn around when a “Quest Log” appears, demanding him to complete an intense and unrealistic training program.

Jin-Woo reluctantly accepts. He soon finds that this quest may make him one of the world’s fearsome hunters.

Kindness, intelligence, athleticism, good looks, Sakamoto has it all. He is the epitome of perfection. Everywhere Sakamoto goes, boys are filled with jealousy while girls love him.

No amount of traps or tricks can ensnare him. Whatever the situation he is in, he can overcome them in absolute perfection.

Assassination Classroom tells the story of the students of Class 3-E of Kunugigaoka Junior High School who must hone their skills so that they can one day defeat Koro-sensei. The problem is, it seems to be an impossible task.

After all, he is the creature who is responsible for blasting the moon into a permanent crescent.  Not to mention he is the best teacher the world has ever seen.

6. The Disastrous Life of Saiki K.

All Kusuo Saiki wants is to have a peaceful life. Unfortunately, this desire is anything but easy to realize.

Being a powerful esper, he must hide his true powers if he is to live a peaceful life. The problem is, he must clean up the mess his odd classmates make.

Dragon Ball tells the story of Son Goku as he trains in martial arts and explores the vast world in search of Dragon Balls, seven mystical orbs that can grant any wish when gathered.

On his way, he makes friends and battles powerful enemies.

In a world where samurai is no longer needed, Gintoli Sakata refuses to let go of his samurai status.

Since working as a samurai is not possible, he must perform various odd jobs to make ends meet. Joined by Kagura, Shinpachi, and Sadaharu, he runs a business called Yorozuya.

In a world of magic, Mash Vandead was born magicless. Since he is seen as a threat to the gene pool and thus, must be purged, he lives secretly in the forest, training his body so that someday he is strong enough to compete with magic.

His peaceful life comes to an end when his identity is exposed. Having no other choice, he must make himself stronger and become a “Divine Visionary” so that society has no choice but to accept him.

Monkey D. Luffy is a young man who aspires to be the new Pirate King after his meeting with Shanks, who became his idol ever since.

Armed with an elastic body, a small boat, and a keepsake straw hat from his idol, Luffy sets out on a fantastic adventure, making valuable friends and fighting strong enemies along the way.

These are some manga like One Punch Man. Similar to One Punch Man, they all have incredible fighting scenes. So, what do you think? Which manga will you read first?